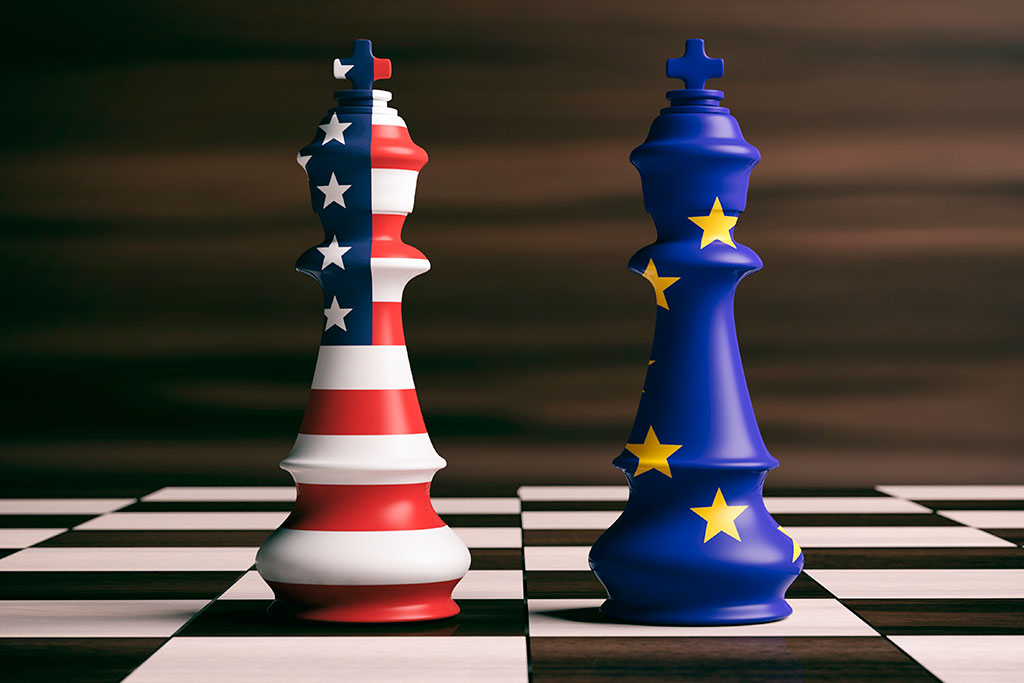 Cranberry juice and orange juice have been dragged into the crossfire in a trade dispute between the United States and the European Union, reports Chris Lyddon.

EU adopts rebalancing measures in reaction to US steel and aluminium tariffs.

The EU responded with what it called ‘rebalancing measures’ targeting products worth €2.8 billion and taking effect on 22 June. The EU’s list included not only steel and aluminium, but a long list of agricultural and industrial products. It includes orange and cranberry juice.

The EU says it’s simply exercising its rights under World Trade Organisation rules. “We did not want to be in this position,” said “Commissioner for Trade Cecilia Malmström. “However, the unilateral and unjustified decision of the US to impose steel and aluminium tariffs on the EU means that we are left with no other choice.” The rules of international trade could not be violated without a response. “If the US removes its tariffs, our measures will also be removed,” Malmström said. The EU says the actual trade value of the steel and aluminium affected by the US measures is €6.4 billion. It will come up with a further €3.6 billion of ‘rebalancing’ in three years, or after a positive finding in a WTO dispute, which ever comes first.

Canada has also responded by imposing tariffs on a list of products, including orange juice, which has faced a 10% tariff from 1 July. The total value of its list is C$16.6 billion, representing the value of the Canadian products affected by the US measures. “The unilateral trade restrictions by the United States are also in violation of NAFTA and WTO trade rules,” said in Ottawa on 31 May. “Canada will therefore launch dispute-settlement proceedings under NAFTA Chapter 20 and WTO Dispute Settlement.

“Canada will also closely collaborate with like-minded WTO members, including the European Union, to challenge these illegal and counterproductive US measures at the WTO,” she said. Like the EU, she dismissed the US suggestion that its measures were justified by national security. “It is entirely inappropriate to view any trade with Canada as a national security threat to the United States,” she said. Canadian Prime Minister Justin Trudeau, speaking the same day, was more forthright on that subject. “For 150 years, Canada has been America’s most steadfast ally,” he said. “Canadians have served alongside Americans in two world wars and in Korea.”

The Wall Street Journal quoted Linda Prehn, a Wisconsin grower and president of the Cranberry Growers Cooperative, in an article on the world’s moves to retaliate against the cranberry. “It’s ironic,” she said. “I would say most Wisconsin cranberry growers supported Trump. They’d hate to see their businesses tank because of these tariffs.”

An article published by the Capital Press website on 28 August, put the value of US exports of cranberries and cranberry products at about $300 million a year. It quoted, Terry Humfeld, Executive Director of the Massachusetts-based Cranberry Institute as saying that it was too early to say what the effect on the sector would be. “We believe there is an impact, but don’t have any numbers to back that up, and probably won’t for a few months,” he said.

According to Ocean Spray, more than half the world’s cranberries come from the US state of Wisconsin. They are one of only three fruits native to North America.

Speaking to the FreightWaves website, Kellyanne Dignan, Ocean Spray’s Director of Global Corporate Affairs, said that “any tariffs that increase the price of either our ingredient or branded products will hurt our farmer families’ bottom line.”

“It is also important to note, the tariffs that have been placed on cranberry products do nothing but raise prices for global consumers, as there is no domestic production to protect outside of the US, Canada, and Chile,” she said.