Home / Features / Immunity – is there a role for 100% fruit juices in supporting immune function? 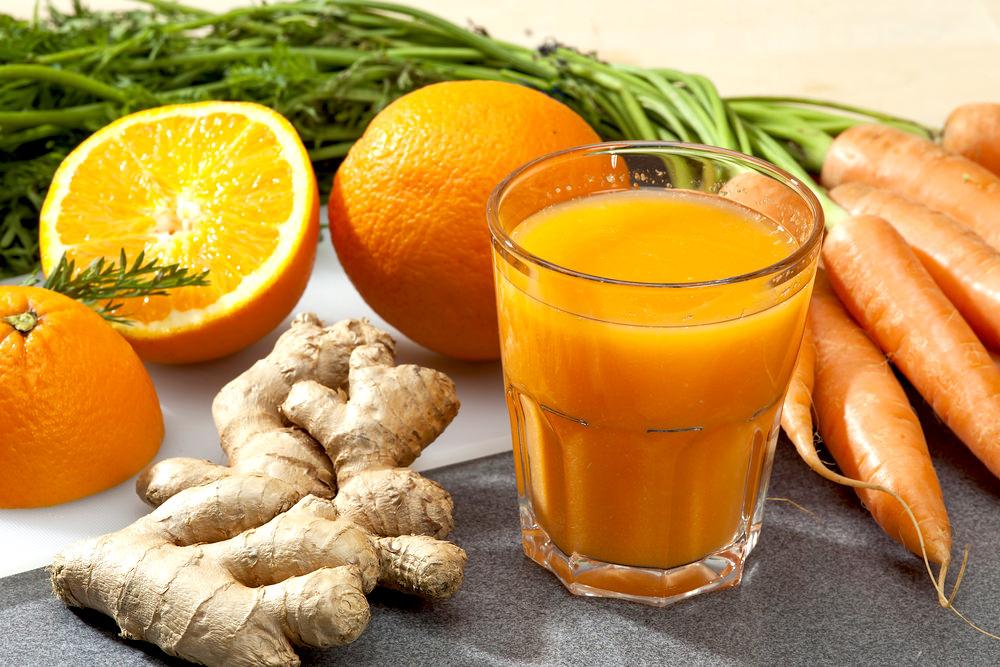 Immunity – is there a role for 100% fruit juices in supporting immune function?

Bottles of vitamin C supplements are flying off the shelves and there may be an upturn in orange juice sales across Europe, but is there any truth in public and media perceptions that certain vitamins or foods can help in the fight against COVID-19 and other respiratory viruses?

Certainly, medical teams in China and the US are racing to test high doses of vitamin C in intensive care patients, while health experts in some parts of Europe have suggested wide-spread vitamin D supplementation as a way to bolster the public’s immune systems against COVID-19. Low blood levels of both vitamin C and vitamin D are known to be risk factors for contracting acute respiratory infections, as well as experiencing worse symptoms.

Before we consider how nutrients and specific foods could help support immune function, it’s worth reminding ourselves what the immune system actually comprises since it isn’t like a simple dial that can be turned up or down! Immunity is, in fact, highly complex and involves both the innate and adaptive immune systems which combine to fight off infections and foreign bodies.

Innate immunity is the ‘quick response’ baseline protection we have from birth that includes our skin, gut environment, and types of immune cells including phagocytes and natural killer cells. Adaptive immunity is slowly learnt in response to new bacteria or viruses, and relies on the actions of T lymphocytes and B lymphocytes which target and destroy bacteria or virus-infected cells in our bodies. It is the adaptive system that generates an immune memory to enable our bodies to recognise specific viruses and bacteria next time they attack.

One issue with the popular concept of ‘boosting’ immunity is that we actually don’t want this to happen. Like many other body systems, such as blood glucose levels or brain oxygen levels, our immune response works across a tight optimal range. Too low and our sluggish system will not successfully attack and contain pathogens, but too high and we are at risk of developing so-called autoimmune conditions where the body’s overreactive immune response starts to attack normal healthy tissues. Examples of these conditions include type 1 diabetes, multiple sclerosis, rheumatoid arthritis and psoriasis.

A new study published in Nutrients calls for governments and health officials to consider implementing strategies to provide “nutritional support for the immune system” in order to “limit the impact of seasonal and emerging viral infections”.

For vitamin C, daily intakes of at least 200 mg/day were recommended for healthy individuals increasing to 1–2 g/day for those suffering from respiratory illnesses. The rationale for this advice is that vitamin C supports reduction in the risk, severity and duration of upper and lower respiratory tract infections. In addition, studies show that vitamin C requirements increase during infection.

According to a free-to-access report by a pharmacist and dietitian, published on the Fruit Juice Matters website, vitamin C has several roles in supporting optimal immunity, such as:

What we can reasonably expect is that living a healthy lifestyle, including avoidance of smoking and excess alcohol, staying within a normal body weight, and eating a balanced nutritious diet, will deliver an immune system that works within the optimal range. This is where immune-supporting nutrients and foods can have a role, as recognised by the European Food Safety Authority which gave a positive opinion on immune health claims for several vitamins and minerals (Table).

Where does juice fit in?

As most people at present don’t take supplements on a regular basis, the immune-supporting nutrients will tend to come from their diets. In the case of vitamin C, this will be from eating a variety of fruits and vegetables, particularly citrus fruits, fruit juices and berries which all have a rich vitamin C content as well as providing bioactive substances such as polyphenols and carotenoids which support health.

Just one glass of orange juice daily can supply 80-100% of the official reference intake for vitamin C. Orange juice is also a source of folate, which has an authorised immune claim, and potassium, which is proven to support normal blood pressure. Most other fruit juices and smoothies will qualify for a ‘rich in’ source for vitamin C and can put this on pack alongside the authorised wording of the health claim “vitamin C contributes to the normal function of the immune system”. Manufacturers should take care not to overstep the legal limits of this wording as claims to ‘boost’, ‘enhance’ or ‘protect’ immune function would not be accepted by regulators.

Apart from the nutritional composition of 100% fruit juices, which clearly has the potential to make an important contribution to levels of vitamin C, potassium and folate, a daily glass of fruit juice complements fruit and vegetable consumption, which is low across many countries.

In some countries, such as the UK, Germany, Italy, Spain and Romania, 100% fruit juice is included in official recommendations to promote fruit consumption.

In conclusion, while the juice industry should never claim that its products will prevent or protect against COVID and other viral illnesses, it is reasonable to show how drinking a daily glass of 100% juice will boost vitamin C and folate intakes and, through that route, support normal immune function.