Home / Features / Cacao-fruit juice – unlocking the next generation of drinks 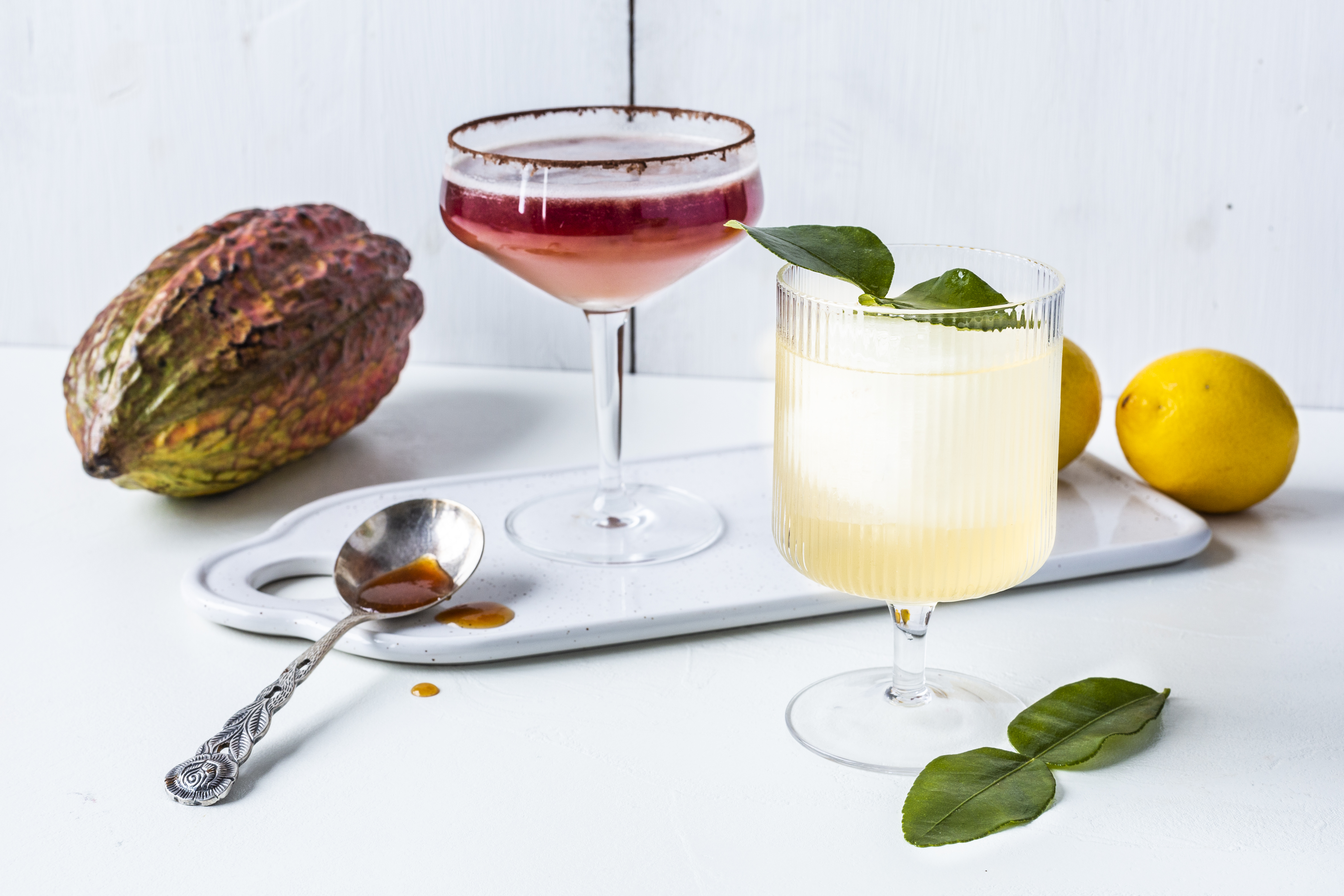 Cacao-fruit juice – unlocking the next generation of drinks

The cacaofruit is on the rise and several industries start using this unique fruit for products such as sweet snacks and chocolate. But what is so special about this somehow well-known and at the same time unknown fruit? And what can it do for beverages?

Everybody knows chocolate and cocoa, but hardly anyone knows where it actually comes from. Chocolate is made from the seeds of the cacaofruit. For centuries, the cacaofruit has been harvested for its seeds (beans). Over time, the association with fruit became lost. However, just like an apple or orange, the cacaofruit has its own uniquely fruity taste. About 14 million tonnes of cacaofruits are harvested around the world each year to craft chocolate. Because only its seeds were used, 70% of the fruit was discarded as waste.

Cabosse Naturals, a brand of chocolate producer Barry Callebaut, decided this had to change and developed an innovative and unprecedented up-cycling supply chain to harness the natural richness of the cacaofruit. So now not only the seeds, but also the rest of the fruit can be used for multiple purposes and interesting applications in beverages.

Origins of the fruit

The journey of the cacaofruit starts in the tropical regions around the Equator on farms where the cacaofruit trees grow. Once ripe, the colourful fruits are harvested by hand, cleaned and opened to remove the seeds (beans) from the fresh white pulp.

Traditionally, the cacaofruit seeds were used for chocolate, meaning that 70% of the fruit was completely discarded. Now, thanks to Cabosse Naturals, the entire fruit is upcycled. The cacaofruit cascara, which accounts for 45% of the complete cacaofruit, is dried and ground into a fine nutritious flour.

Time is of essence in this process and that is why the processing of the pulp needs to be done shortly after the opening of the fruit and close to the farms. The pulp and the juice of this exotic fruit are processed into delicious ingredients which surprise with their unique and zesty fruity flavor.

The cacaofruit pulp has a clean, fresh white colour and a sweet scent of fruity honey.

With its pleasant zesty, fruity flavour, the cacaofruit pulp has a uniquely refreshing signature taste that brings natural sweetness and delightfully refreshing fruity notes to beverages, but also ice creams and sorbet. It is a very interesting ingredient for smoothies, since it brings a natural thickness into the products and adds both sweetness and a fruity taste.

The cacaofruit juice is characterized by a unique zesty fruitiness, making it a very refreshing fruit base for a large range of beverages. It has a golden brown colour with a fruity scent and naturally contains magnesium and potassium. The cacaofruit juice is particularly suited for the usage in beverages such as juice mixes to bring a delicious and exotic flavour.

The third ingredient for beverage applications, the cacaofruit juice concentrate, adds an intense fruity sweetness and a unique signature flavour to drinks, sorbets and ice creams.

With its natural sweetness and zesty fruitiness, cacaofruit is also an interesting ingredient for both alcoholic and non-alcoholic cocktails. Its unique flavor matches well with a wide range of alcoholic beverages and meets the demand for new and exotic flavours.

Today’s consumers show an increasing interest in health and wellbeing with a desire to live happy, healthy lives. This is particularly important to millennials and centennials, who have distinctive tastes and desires in their food and beverage choices. Their understanding of ‘happiness’ extends beyond themselves and into the world around them. Therefore, food and drinks need to not only be delicious and nutritious, but must also have a positive impact on the planet and its people. Millennials and centennials are making more conscious decisions about the food and beverage choices in their daily life. They want products that are considered to be healthy and that they can feel good about buying.

With its range of 100% pure cacaofruit ingredients, Cabosse Naturals, unlocks a next generation of food and drinks, that are not only tasty but also nutritious and good for the planet and its people.

To fully harness the potential of the cacaofruit, Cabosse Naturals teamed up with European B2B-Food-Ingredients Supplier Bösch Boden Spies to promote and supply the European beverage industry with this unique, nutrient rich and exciting upcycled fruit.