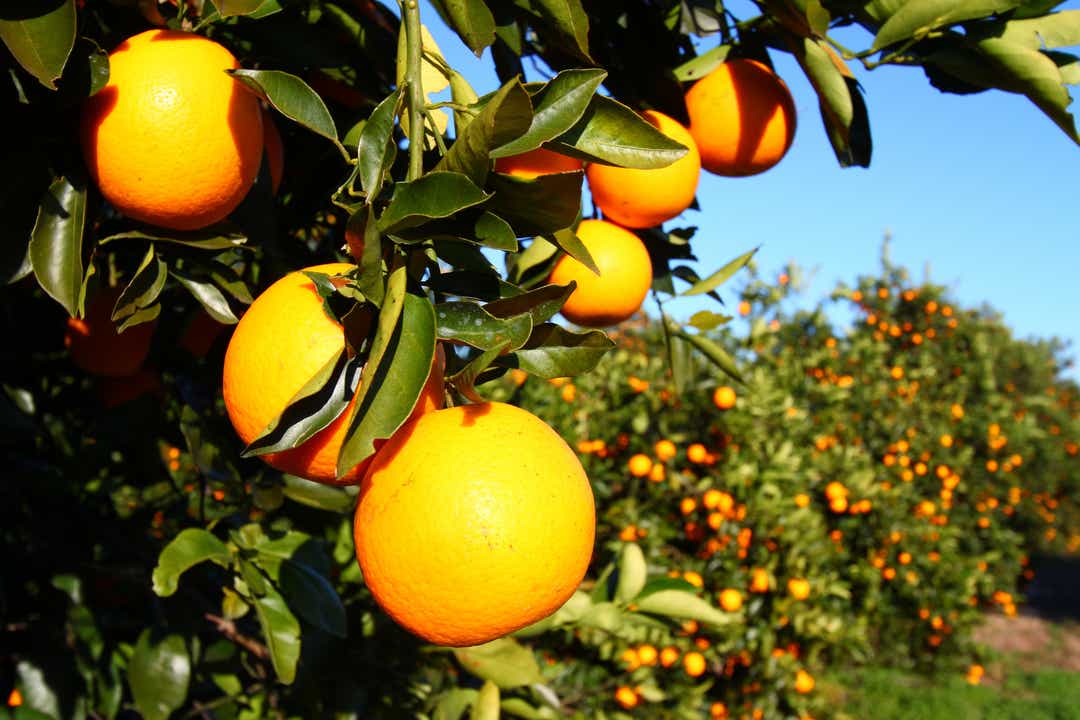 Global output of oranges could be looking slightly more positive for this year in many regions. However, the bounce back for Brazilian output does not look as strong as the industry had hoped.

Production has significantly hindered by late rainfall in the Brazilian spring coupled with intense heat. Should this new projection be realised, it will result in the largest crop loss for the citrus belt since the beginning of the historical series in 1988/89 and a downturn of 30.36% in comparison to the previous crop.

The commercial area in the state of Sao Paulo and the western part of Minas Gerais should contribute 315 million boxes (12.85 million tonnes) in the forthcoming 2021/22 season, an increase of 17% relative to the revised figure for current 2020/21 season (269.4 million boxes or 10.99 million tonnes).

The lack of rainfall and high temperatures during September-October 2020 prevented the first blossoming in several citrus growing regions, is expected to reduce the full potential for the 2021/22 citrus output. However, the second blossoming occurred in October and November and benefited from the rainfall content and moderate temperatures. Production from other states is projected stable at 100 million boxes (4.08 million tonnes), similar to the 2020/21 season. Nevertheless, the USDA says it is still too early to project total orange production for the 2020/21 season and more accurate numbers will be available during the first quarter of 2021.

Total Brazilian FCOJ (65 brix equivalent) production for 2021/22 is estimated at 1.157 million tonnes, an increase of 192 000 tonnes compared with output the previous season.

Ending stocks for the 2020/21 crop are forecast at 136 000 tonnes (65 brix), compared with carryover stocks of 134 000 tonnes in 2019/20. The USDA stock figures only include stocks in the storage tanks of orange juice facilities (processing plants and port terminals) in Brazil. They do not include stocks owned by Brazilian companies abroad, e.g. in transit and port terminals in the US, Europe and Japan.

According to CitrusBR, global Brazilian orange juice inventories were at 471 138 tonnes (FCOJ equivalent) on 30 June 2020. This includes orange juice in storage tanks at processing plants and port terminals in Brazil and stocks abroad (vessels and port facilities worldwide).