Home / Features / Time to get grapefruit juice back on the menu 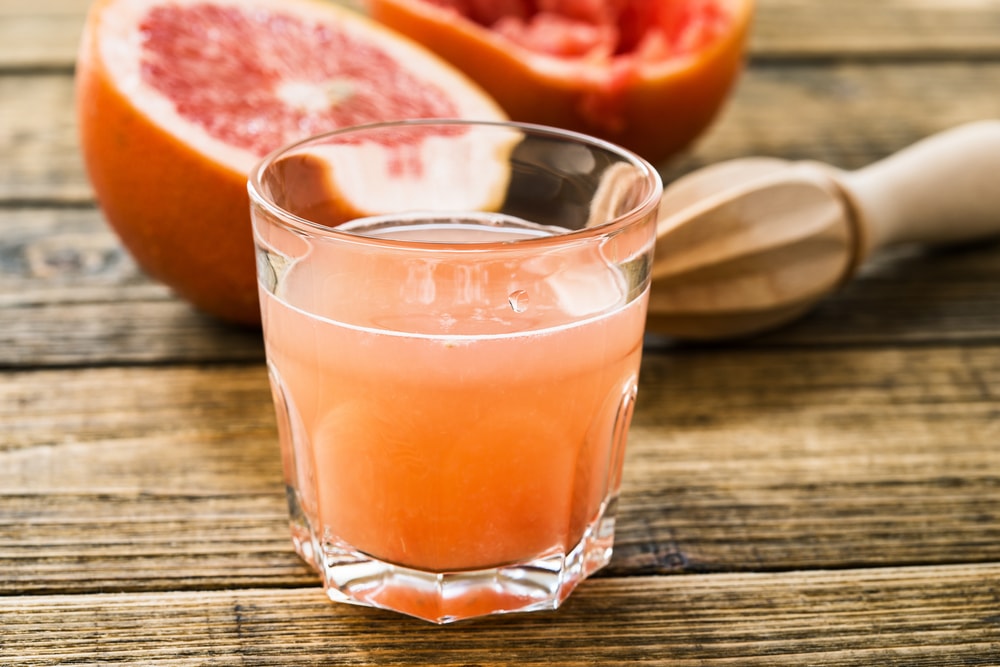 Time to get grapefruit juice back on the menu

Grapefruit juice could be the next big thing if marketers get it right suggests Caroline Whibley.

The health benefits of this wonder fruit really are encouraging.

It wasn’t long ago households regularly bought grapefruit for breakfast or drank the ‘tart’ grapefruit juice, and told themselves they were being healthy. In fact, back in the 30s the Grapefruit Diet, also called the Hollywood Diet, involved having grapefruit or grapefruit juice with every meal while cutting back on calories.  People swore by it. Grapefruit has a long history with being associated with good health so where is it heading now?

less weight than others’

Lately the consumption of grapefruit juice has declined sharply, following the accidental discovery of the interaction between grapefruit juice and certain drugs, particularly statins, extensively prescribed as cholesterol reducers. Grapefruit juice was found to interfere with the absorption of the drugs in the small intestine, thus affecting their bioavailability and increasing their toxicity. Suddenly you find the juice on the no-no list of what not to consume from your doctor.  However rather than spending a lifetime on statins surely we need to be teaching the public to consume food & drinks and health regimes that help them to keep a lower cholesterol – are statins a sticky plaster rather than really treating anything at all, and yes they benefit many, however . . .

Long term I think we all want to see more healthy remedies to our ills, so I’m pretty positive about grapefruit juice and think it’s one to watch out for, if we can get the marketing right this dynamo juice really has some excellent benefits according to organic associations, health specialists and the science arena . . .

According to scientists grapefruit juice really can help us lose weight.  It is said drinking grapefruit juice when eating fatty food can help reduce weight put on by a fifth – now that is a nice statistic. They also say fruit juice could keep blood sugar levels under control. In tests mice fed fatty foods and juice gained 18% less weight than others. The research also suggested that grapefruit could be as good as prescription drugs at keeping blood sugar levels under control – a key part of managing diabetes. Professor Joseph Napoli, of the University of California, Berkeley, said: “We see all sorts of scams about nutrition.

But these results, based on controlled experiments, warrant further study of the potential health-promoting properties of grapefruit juice.” The British Dietetic Association said the fruit now needs to be thoroughly tested in humans to see if it could help with weight loss and stem the rise of obesity and diabetes.

Grapefruit juice carries a range of health benefits, they are low in calories but are full of nutrients, and an excellent source of vitamins A and C.

Harvard Medical School states that grapefruit has a glycemic index of 25. This suggests that it does not significantly affect blood sugar and insulin levels. Many studies have suggested that increasing the consumption of plant foods such as grapefruit decreases the risk of  obesity, diet, heart disease and overall mortality while. It is also said to promote a healthy complexion, increased energy, and lower overall weight.

According to the American Heart Association, eating higher amounts of flavonoid may lower the risk of ischemic stroke  for women. Flavonoids are compounds found in citrus fruits like oranges and grapefruit. The risk of ischemic stroke was 19% lower for those who consumed the highest amounts of citrus than for women who consumed the lowest amounts.

The powerful nutrient combination of fiber, potassium, lycopene, vitamin C, and choline in grapefruit juice all help to maintain a healthy heart. In one study those who consumed 4069 milligrams (mg) of potassium per day had a 49% lower risk of death from ischemic heart disease compared with those who consumed less potassium. According to the United States Department of Agriculture (USDA) National Nutrient Database, one grapefruit with a 3-to-3.5-inch diameter contains 139 mg potassium. Grapefruit juice is an excellent option for helping to increase the daily intake of potassium. Increasing potassium intake is also important for lowering blood pressure because of its powerful vasodilation effects. Vasodilation widens the arteries. The DASH diet, designed to reduce blood pressure through dietary options, includes grapefruit as a recommended food.

Grapefruit juice is a rich source of antioxidants, such as vitamin C. These can help combat the formation of free radicals known to cause cancer. Lycopene intake  has been linked with a decreased risk of prostrate cancer in several studies.

The Grapefruit , because of its water and fiber content, helps to prevent constipation and promote regularity for a healthy digestive tract. Grapefruit consists of 91% water. This makes it one of the most hydrating fruits available. Grapefruit juice is also full of electrolytes.

‘The juice or grapefruit itself contains valuable and natural quinine, which is advantageous for the treatment of malaria’

Grapefruit juice has been linked to healthy skin. However, caution is advised for people who spend a lot of time in the sun.

The antioxidant vitamin C can help to fight skin damage caused by the sun and pollution, reduce wrinkles, and improve overall skin texture when eaten in food or applied to the skin. Vitamin C plays a vital role in the formation of collagen , the main support system of the skin. Regular hydration and vitamin A are also crucial for healthy-looking skin. Grapefruit provides both of these.

Grapefruit juice is a valuable remedy for influenza since it helps minimize acidity in the system. The bitter properties arising from an essence called ‘naringin’ in grapefruits tone up the system and the digestive process.  Naringin is also considered a flavonoid, which is a powerful antioxidant. Antioxidants have antiviral, antifungal, antibacterial, anti-cancer, and anti-inflammatory qualities, making them one of the most important lines of defense in the immune system, protecting against influenza as well as many other serious conditions.

The juice or grapefruit itself contains valuable and natural quinine, which is advantageous for the treatment of malaria. Quinine is an alkaloid with a long history of treating malaria, as well as lupus, arthritis and nocturnal leg cramps.  It is not an easy component to find in many foods, so grapefruits are a beneficial and rare example. The quinine can be easily extracted from the fruits by boiling a quarter of grapefruit and straining the pulp.

The pulp or the juice of grapefruit helps patients recover quickly from fever, and it reduces the burning sensation that occurs when the body reaches a high temperature. It is also known as a way to boost the immune system against cold and other common illnesses. Grapefruit juice, when combined with water, can quench thirst very quickly and keep you hydrated for longer. Most of these benefits come from the high content of vitamin C in grapefruits, which acts as a general immune system defense system and can help the body in fighting the fever.

Grapefruit juice is quite rich in potassium and vitamin C, so it is one of the best treatments for issues related to urination often caused by liver, kidney or heart problems. Furthermore, its high potassium content works as a vasodilator, meaning that blood vessels and arteries relax, thereby reducing blood pressure and lessening the risk of heart attack and stroke.  Also, increased levels of potassium have been associated with higher cognitive function because of increased blood and oxygen flow to the brain!