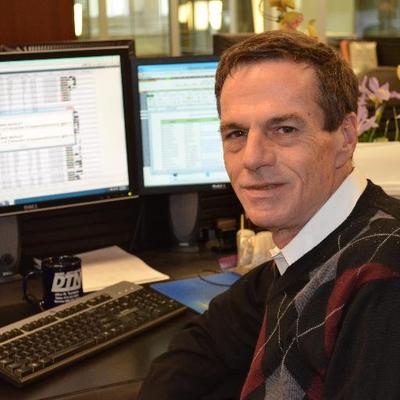 Price action in FCOJ has been generally positive with higher prices seen over the last couple of months.  It is mostly a weather related rally, with damage to fruit being seen in exporter countries around the world.   Conditions have generally been good in Florida for harvest and fruit development, but that is about the only place where generally good conditions are reported.  The market is on edge even with the good current conditions as the state is in the hurricane season and the season is approaching its peak.  Florida has been lucky so far.  It has avoided the storms that have moved into the Gulf.  People and agriculture farther west in the Louisiana area have not been nearly as fortunate as there has been widespread damage there.  But Florida has gotten by and has just been brushed by a minor system that brought a decent amount of rain, but no big winds and not really all that much heavy rain to citrus groves.  The season will soon reach its peak and then the chances for a deadly and damaging storm will be much less.

Brazil has not been so lucky with the weather.  The country suffered from a freeze event that hurt many crops.  Coffee was damaged as were winter grains crops like the winter corn and winter wheat.  Citrus was also severely damaged and a lot of fruit loss is suspected.     The damage to the citrus crop is big news for international buyers.  Brazil is the largest exporter of FCOJ in the world so the big loss of oranges will hurt its international trade and will raise prices generally around the globe.  Europe will be very hard hit as Europe has imported a lot from Brazil over the last several years but might not be able to get as much juice and will be paying higher prices for the juice it does get as the year moves on.  Brazil has also been an exporter to the US so prices will be creeping higher there as well.

Florida can supply wheat missing from imports from Brazil, but will also have to service the European demand so demand for FCOJ from Florida could be very high and prices might go too high for the US market.  People here and in Europe might turn more to vitamins to cover the losses in the FCOJ market supply.

Mexico would be able to help offset the losses from Brazil but the country has had weather problems of its own.  Northern growing areas have been in drought this year and production has suffered.  Central and southern Mexico are in generally good condition but the drought in the north has cut the overall production back at least a little bit.  This will impact Mexico’s ability to export at a time when everyone will be looking for FCOJ.  So, the outlook for higher prices remains intact for now and New York futures traders will be looking to extend buying in the market on any price setbacks.